Have you ever been talking to a little kid and asked them who they wanted to be JUST LIKE when they grow up? When I was growing up (add short joke here!) it seemed like every kid on the block wanted to be Michael Jordan. Sure, there were those who wanted to be a famous pop superstar like Michael Jackson or Prince. Still others wanted to be Hulk Hogan, the famous WWF wrestler, who fought against evil. And the list goes on and on…and YES I was a product of the 80’s if you were wondering!

What made these little children, sometimes myself included, want to be like these figures when they grew up? First of all, they would be famous. That’s not a bad start…fame can be incredibly alluring. But I believe it is much more than that. These impressionable young minds tended to see character qualities in their “idols” that they found incredibly attractive. How did they come to such conclusions? Studying of course. Hours and hours of watching and listening to their favorite figure/”idol” is the only way to really get to know someone.

In the same way, when we spend time cultivating our relationship with the Lord through the studying of His Word and in prayer, we inevitably are confronted by God’s awesome character. Look at the kind of descriptive character qualities Paul uses to describe Jesus in Colossians 1: He is the image of the invisible God and the firstborn over all creation. He is the Creator of everything, all things hold together because of Him and by Him. He is the head of the body, the church. He is the beginning, and God was pleased to have all fullness dwell in Him. He has made the way of peace through the blood of His cross. He has reconciled believers by His physical body through His death, in order to present us holy, faultless, and blameless to God. Wow! Can you see how learning more of the Lord’s character and what He has done for believers can be one of the single greatest exercises to draw us closer to Him?! And we are able to do this by praying through His Word.

So, here’s what I would challenge all of us to do this week…

Find 2-3 passages in Scripture that describe God’s amazing character qualities. Pray through these during your time of devotion with the Lord each day. Thank Him for His closeness and intimacy with you, still knowing that He is the Creator and Sustainer of all things. Praise Him that He continues and longs to be near you…that’s why the Holy Spirit resides inside those who believe. Then ask Him to reveal these qualities in your own life so you can work on them and become more and more like Christ with each passing day. 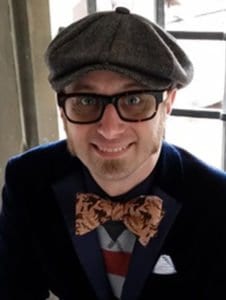