Prayer Thought: Lessons to Learn about Prayer from Mr. Rogers

“You know how when you find somebody who you know is in touch with the truth, how you want to be in the presence of that person?” He asked writer Amy Hollingsworth. She continued, “Slowing down, taking time, and appreciating silence are all foundational aspects of the next toast stick he passed on to me: the importance of prayer. Each morning he prayed for his family and friends by name, still offering his gratitude for those on his list who had passed away.

“A scene which depicted surrender, sacrifice, obedience, and the purest love. The scene shows Mister Rogers as he dives into a pool. A voiceover recites names, both familiar to those viewing the movie and those familiar only to Rogers. The names aren’t followed with specific requests, as we tend to add in often, but simply offered up to God, fully surrendered, and trusted that the creator and protector will know what to do with them.”

“And, I guess you know, each morning I pray for you; I really do.”

I didn’t know Mr. Rogers personally. But, then again, just as millions of other young people can attest, I DID know Mr. Rogers. I knew how he understood me when things in life got difficult. I knew him through his wonderful Land of Make Believe. I knew him for how gentle, kind, and genuine he was with everyone he met. How can one man, who, sorry to burst your childhood bubble, was never in the Rangers or military of any kind, baffle and even make the Hollywood elite tear up just by his presence? Because Fred Rogers was daily in the presence of the only One who has control of life itself. And that’s what he showed us daily for well over 40 years.

Fred Rogers was kind, gentle, trustworthy, sacrificial with his time, and completely genuine. He gave himself over to the Lord in prayer and the meditation of God’s Word every day. I believe Mr. Rogers saw a different world than most of us. And, dare I say it, it was on account of being in the presence of his Heavenly Father and spending time before Him in prayer.

I must confess, the scene depicted above by Marriott Battle has interested me for weeks now. The ways in which other people pray have fascinated me and stretched my own personal prayer paradigm. I have always thought of prayer as a very important spiritual discipline, and as such, have believed it should be done with reverence no matter what style one chooses for his/her prayer life. There are so many different ways to pray. Yet, I have felt stuck many times. Unable to concentrate, say exactly what I mean to say, express what I desire to express, and give my undivided attention to the Lord.

Yes, I do know that God peers into our hearts in such a way that I needn’t be concerned with grandiosities and so forth. But what about how Mr. Rogers prayed? It sounded like he took extra needed intercessory time to pray for others. And when he did, he would list them all just by name…no other sentiments or details for each person…just their name. I believe this was one way Fred Rogers knew how to meditate and be in God’s presence. Does this “get us all off the hook” so to speak? Meaning, all we have to do is have a laundry list of people’s names in our Steno pad and go through them one by one so we can check that off the list for the day? No, I honestly don’t think so. If we do this kind of praying, I think it takes a certain kind of genuineness, humility, and a heart that is truly focused on bringing these people and their needs before the Lord, by name.

“A humble and contrite heart God will not despise (Ps. 51:17).” When we are humble, when we are broken, when we are weak, when we have no other place to go, when life seems to not make any sense, we can go to the Lord in prayer knowing He will never turn us away. This is what I believe Mr. Rogers understood about prayer.

Though it seemed like we only saw one side of him, the warm and gentle side, Fred Rogers dealt with pain and sorrow just like everyone else in this life, save one thing. No matter how much pain his back was in, no matter how angry he got at different situations, no matter how sad he got seeing the injustices in the world, no matter what ailments he saw countless children fight with daily as they attempted to have good attitudes, his first line of defense was to pray to a Father who knew better than he did.  Fred Rogers entrusted himself and hundreds, thousands, and millions of children, young people, and adults into the loving care of a Heavenly Father that could care for them unlike any other…including himself.

So, here’s the takeaway…

Prayer isn’t necessarily in the HOW as much as it is in the to WHOM we are speaking. God longs for us to be in His presence, unincumbered, baggage, warts, and all. When we slow down and enter into His presence, let’s focus our time on the holy character of a Father that loves us and infinitely loves those we bring before Him. The more we are able to do this, the more intimacy with Him seems natural. The more being silent with Him becomes natural. And THAT is a very…good…thing!

This week, meditate on how good God is in listening to your every prayer; even those prayers you can’t find all the words to speak through. Spend time this week…real time bringing your requests to the Lord and then quite your spirit and listen. Just be in His presence 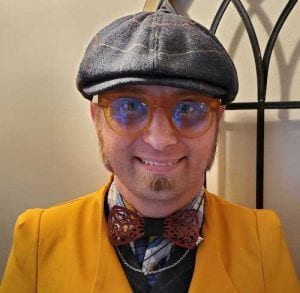